In the fall of 2015, three mock ‘80s commercials for Satan Ninja 198X were created, starring the comic's creators, Jessica Safron and Adam Dravian (and friends!), playing various ‘80s-inspired characters, including characters from the comic, like Satan Ninja Eddie here: 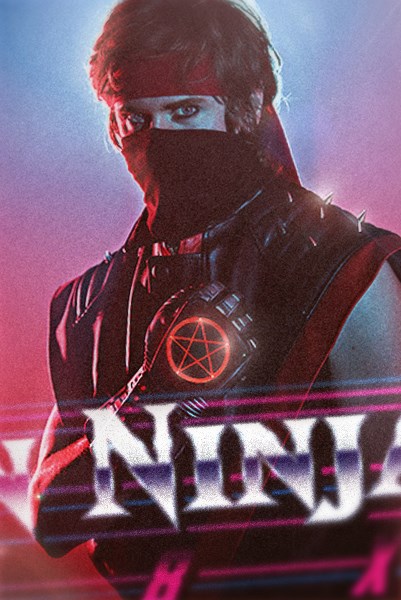 The videos turned out totally awesome, and you can check ‘em out below (and you can read about the making of them and see a bunch of promo pics here and here):

And here you can see Jessica being an excited spaz in her Patreon video:

Below is a bonus video that has nothing to do with Satan Ninja except for the fact that Jessica and I star in it. It was directed by my long-time friend Michael Cook and me back in Febuary of 2013. We made it for a contest where fans could submit a music video for any song from an album that The Birthday Massacre had just released. We didn't end up winning, but the video is by far the most viewed video I've ever made. It turned out really nice, consdering it was mostly shot in a single night and a lot of it was made up as we went along. Jessica looks great in it, despite the unflattering dress (we didn't have time to find something better).