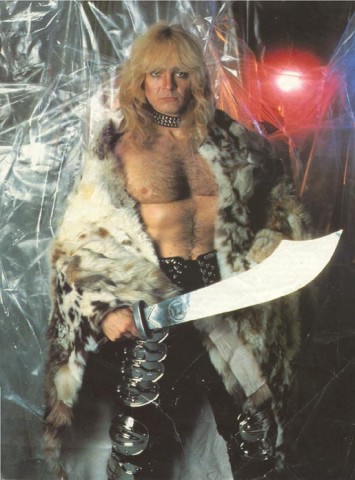 It was only a matter of time before Jon Mikl Thor would be featured on this site. He’s pretty much the epitome of 80’s cornball metal. He’s a Canadian former body-building champion who, in the mid-70s, decided to start a new genre of music that he dubbed “muscle rock” (also the name of his first album). What’s muscle rock? Well, it’s rock music . . . but the singer has big muscles. Get it? So he basically paved the road for the likes of Manowar, Danzig, Type O Negative, and Tim Capello.

Jon Mikl Thor’s band went through a couple different name changes until it settled on simply being “Thor.” The first proper Thor album came out in ‘77, but the band is more remembered for their '80s output. The video I’m featuring today is from their 1983 EP, Unchained. 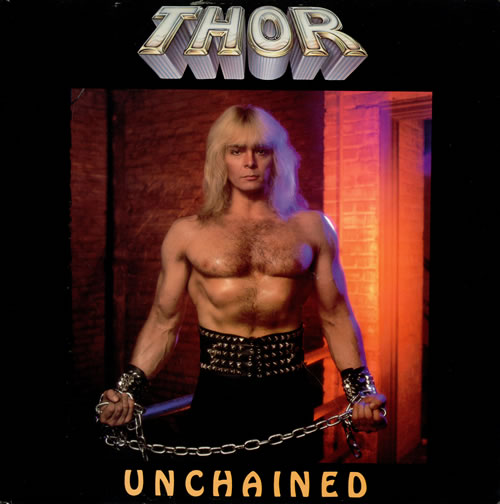 A video was produced for “Anger,” the second song on the EP. Some claim it’s the worst video of the '80s, but they’re totally being hyperbolic. Don’t get me wrong, the video is fucking terrible, but at least it’s way more entertaining than the tragically awful video for Journey's most badass song, “Separate Ways” (seriously, the terribleness of that video almost ruins the song for me, so I’m not even going to link to it—view at your own discretion).

Anyway, behold the majesty of Thor’s video for “Anger.”

In the mid-80s, Jon Mikl Thor took a break from music to focus on writing heavy metal horror movies for himself to star in. They’re awesomely terrible so I’ll probably end up reviewing at least one of them in the future.