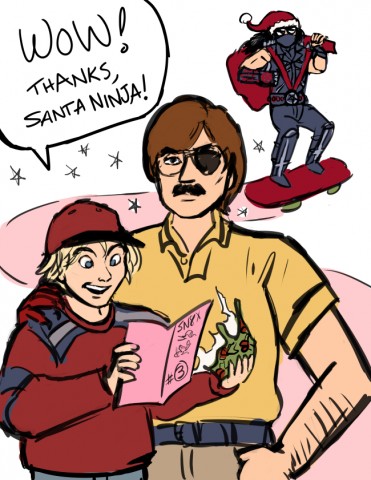 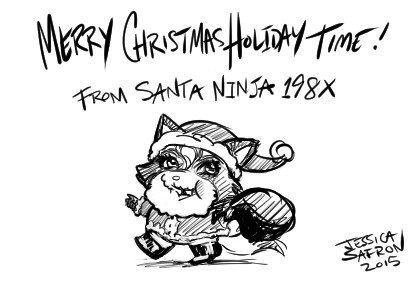 Regular updates will resume next Saturday. In the meantime, you get to enjoy this mega-cute Darwick Claus!

We'd hoped to give you the gift of the newest page today, but it's not done yet. Jessica's illness had sapped her artistic powers, and now that she's finally feeling better, we have all sorts of Holiday distractions.

Mega bummer, I know. But I have something to cheer you up: the 1985 He-Man & She-Ra Christmas special, in which Skeletor learns the meaning of Chistmas.