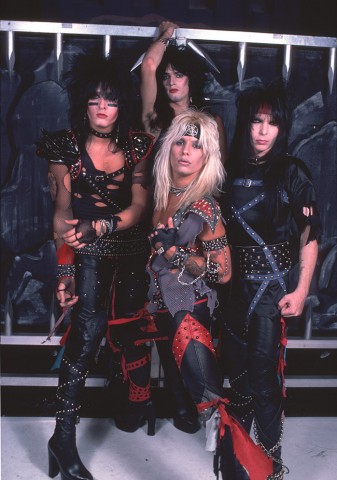 For a long time, I had dismissed most hair-metal for being, as Manowar would put it, “false metal.” But in recent years, I gained a newfound appreciation for the absurdity of hair-metal and how quintessentially ‘80s it is.

Sure, plenty of hair-metal sucks (White Lion), but some of it totally rules (W.A.S.P.). I promoted Mötley Crüe into the “rules” category after watching their video for “Looks That Kill.” It’s got it all: weird post-apocalyptic fantasy setting, babes in cages, flaming pentagrams, spiked walls ... This video is objectively rad.

This video was actually released in January of ‘84, but the album it was featured on, Shout at the Devil, was released in the fall of ‘83.