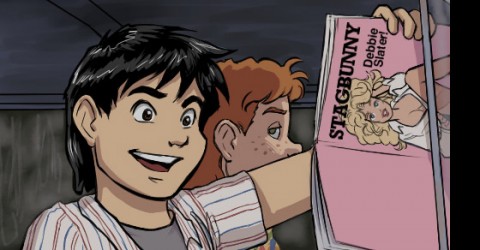 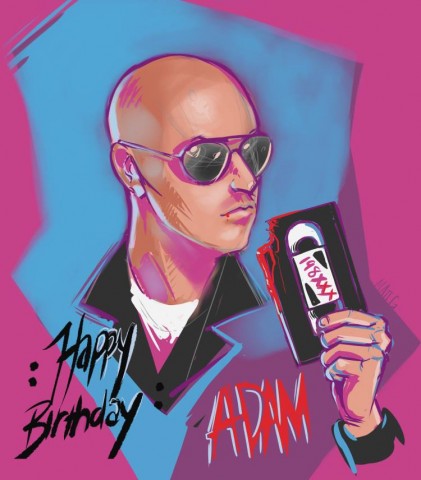 The next page got delayed by Jessica taking on some art commissions (psst, that's your cue to support her Patreon [if you don't already] so she spends less time on commissions and more time doing the comic). She's now very close to finishing the next page, but we didn't want to let a whole two weeks go by without some kind of update.

So here, you can enjoy some of the art I received in honor of my recent 35th birthday. The badass image at the top of this post was drawn by our friend Matt G., whom you might know as Eddie in our live-action promo videos.

Here's an awesome birthday card Jessica's mom made me: 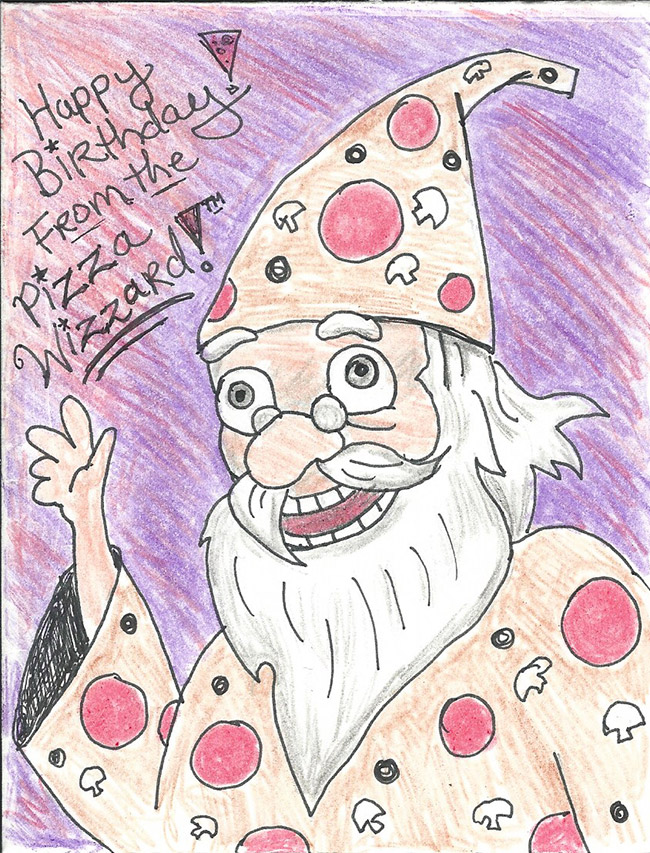 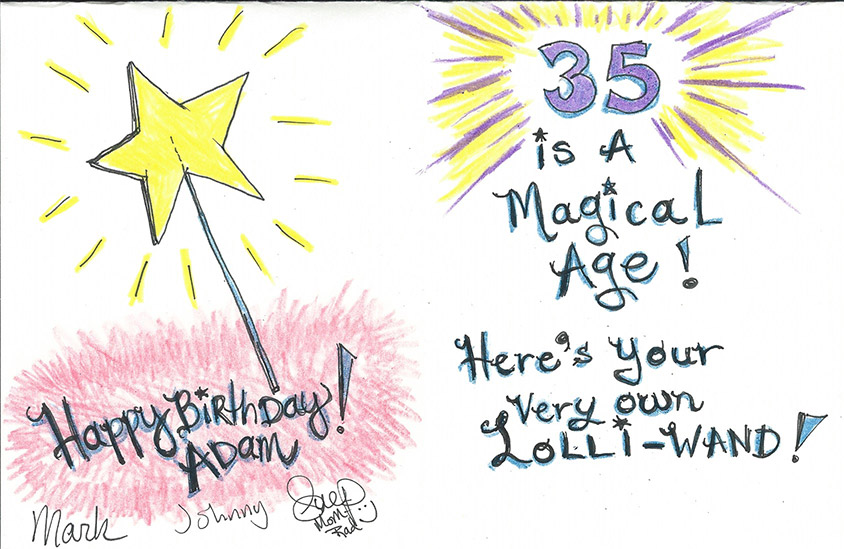 And here's a sketch Jessica did of me riding a chocobo for some reason: 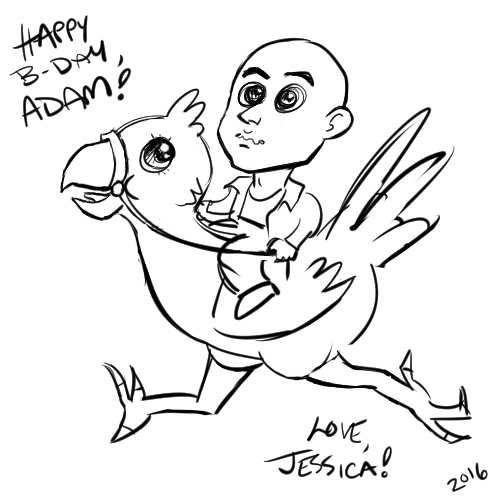 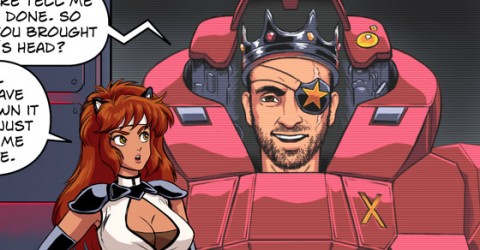 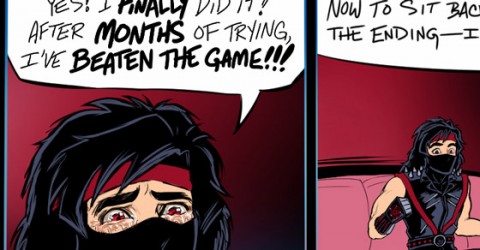 Ever since we launched this site, we’ve noticed that the Internet in general tends to be a lot more receptive to gag strip comics as opposed to long-form comics. For those who don’t know the difference, long-form comics are story-driven (think Batman or Dragonball), while gag strips are joke-driven and each strip tends to stand alone (think Garfield or xkcd).

The popularity of gag strips on the Internet makes sense. Long-form comics require that a reader start at the beginning (or at least at the beginning of the latest narrative arc) in order to fully appreciate it. They require a time investment, which is a total bummer. Gag strip comics, on the other hand, are instantly accessible. You can see a single page, chuckle at it, and then carry on with browsing the ‘net. Or better yet, share the page to social media so you can make your friends and family laugh and feel unjustifiably funnier for having shared it.

Recently, we decided to start doing a monthly bonus Satan Ninja gag strip for Jessica’s $10+ patrons. It was while working on the gag strip for March that we thought: “Hey! Why don’t we totally re-vamp Satan Ninja to be a gag strip comic all the time!” We then smacked our foreheads and exclaimed “Duh!”

Now, some of you might not be too happy with this change, and we totally understand that. But listen, since Jessica quit her “day” job to focus on the comic, it simply makes sense for us to take the path that has the greatest chance of success: the path of the gag strip.

Besides, the comic will still feature Jessica’s awesome art, and all your favorite characters will still be there, and so will the ‘80s references. And now that we’re a gag strip, we have a lot more creative freedom. We can do things like break the fourth wall, and “kill” characters for the sake of a gag, only to have them back without explanation in the next strip. And it’ll be a lot easier to write the comic without having to worry about things like plot or continuity. From now on it’s nothing but good ol’ wacky fun and gags!