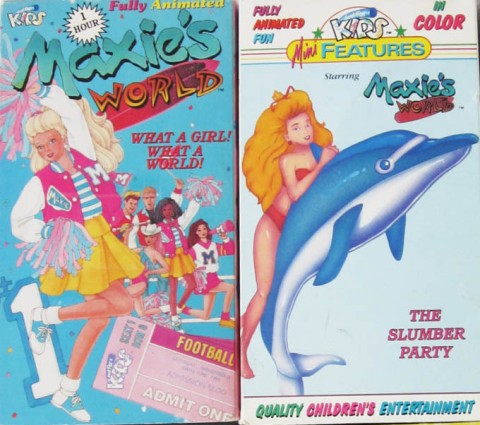 Back when I was a curly-haired child of the '80s, I was secure enough in my dudeness to watch shows meant for chicks. I didn't think twice about watching She-Ra, My Little Pony (before it was "cool"), Jem, or Beverly Hills Teens.

However, until recently, I had never even heard of Maxie's World. Which isn't too surprising, since it lasted for a grand total of one month before getting cancelled.

It was a tie-in to Hasbro's Maxie toy line, which they hoped would dethrone Barbie. Maxie was not only, like, super pretty and super smart, but she was also a high school cheerleader, a surfer, a fashion model, an actress, and a mystery-solver. Wow!

Sounds pretty incredible, right? Well, don't let me try to sell you on the concept. Just watch this short promo and let this kid school you on the world of Maxie: