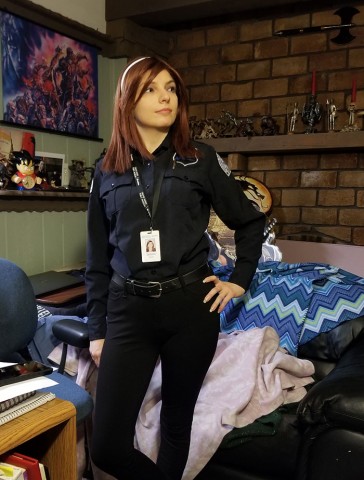 Jessica just started a new job working security at a museum (queue the Night at the Museum jokes), so between that, a couple other art obligations, and preparing to be in a friend’s wedding, the next Satan Ninja page has been delayed. But hey, she's looking mighty snazzy in her new uniform! (By the way, she still has blue hair, but she has to wear a wig to work, since the museum isn't cool with having a blue-headed security guard--but they're totally fine with displaying naked corpses.) 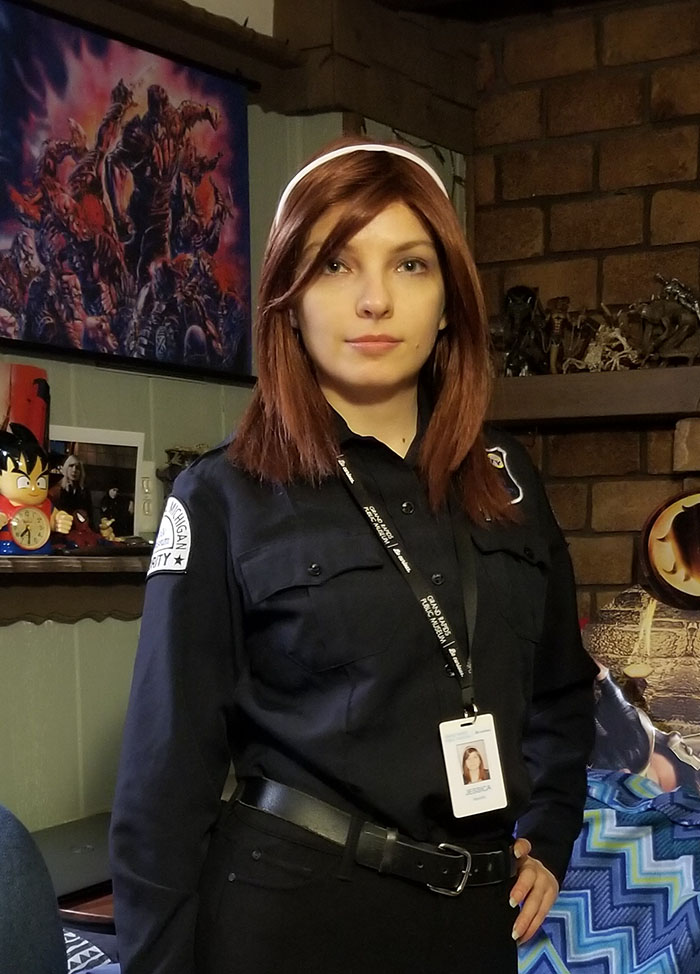 Work on the comic will continue, though progress might be slow for a while until Jessica settles into a new routine. She's hopeful that giving her life a little structure by working this job will end up benefiting her productivity on the comic. But in the meantime, instead of adhering to any kind of set release schedule, we'll post pages as soon as they're ready.

If you haven’t already, you can sign up for our mailing list and we’ll shoot you an email as soon as a new page goes live.