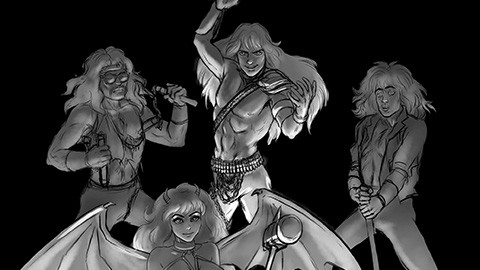 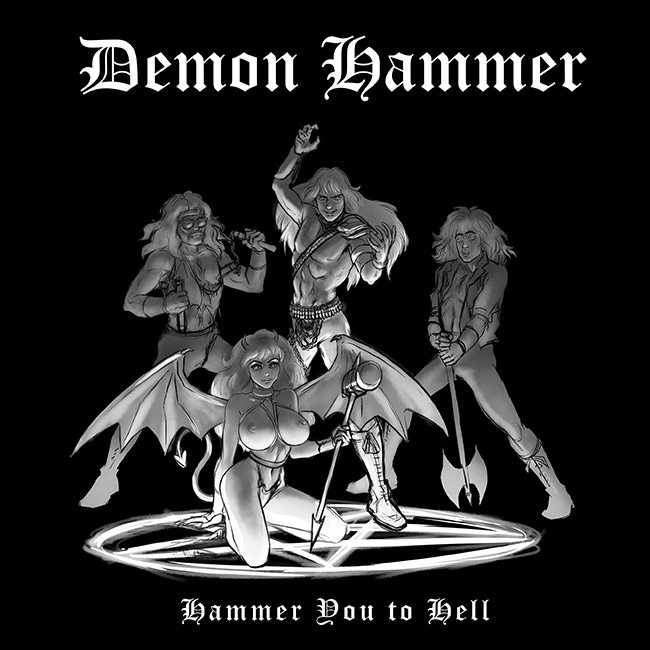 In the 198X-verse, Demon Hammer, featuring Jackie Chaos on vocals and Minxy the Succubus on guitar, is currently the most popular metal band around. Jessica took inspiration from lots of '80s metal bands for both the album cover's design and the look of the band members, specifically the more "evil" metal bands of the '80s.

I'm trying to convince her to do a full-color version of the cover, but she likes the way it looks in black and white.

And here's the track list for their debut album, Hammer You to Hell: