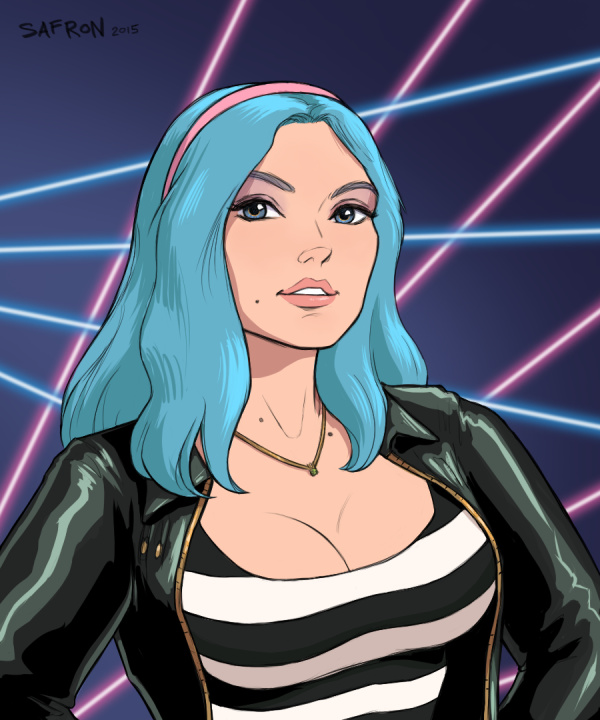 Jessica was never satisfied with her previous "school photo" she had on the site, so she redrew it, resulting in the way better one you see above. She's also reworked some of the character's school photos (like finally updating the hair on Sam), and added a bunch of new ones, like this one of Alex's sister and Veronica's best friend, Heather: 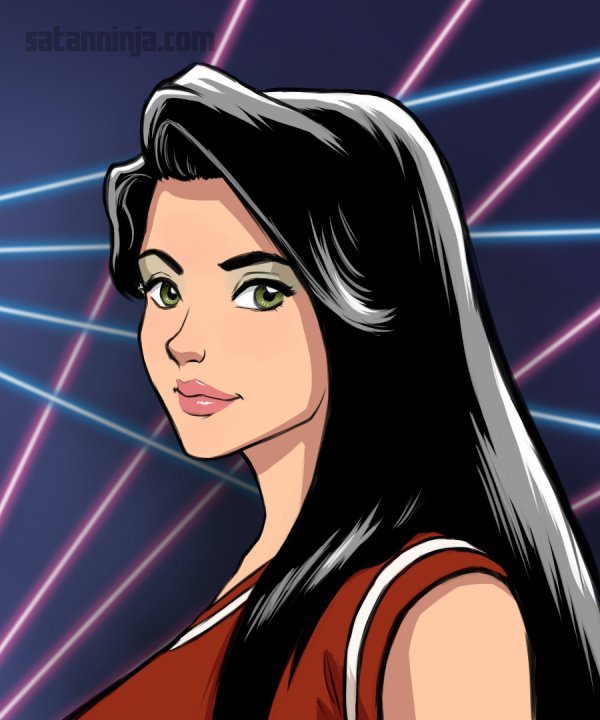 You can check 'em all out on the About the Characters page.

Now that we've done some conventions and talked to a lot of people about Satan Ninja 198X, we've gotten enough recurring questions to put together a FAQ. So you can check our FAQ out here, which includes a big list of some of the '80s stuff that inspired our comic.

As we prepare to come off our hiatus, we'll be making some more changes and updates to the website. There's also some totally rad stuff that's been going on behind the scenes, but it's stuff that we can't talk about just yet. But soon!